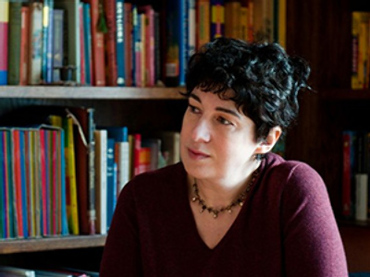 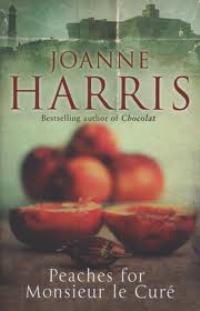 Thanks to a chain of events, however, the same day my scheduled changed and I happily ran to
the "Ambasciatori" bookstore (in the center of Bologna), where Joanne was about to present her new book about the "series of Vianne ": " Peaches for Monsieur le Curé" (the first two were"Chocolat "and "The Lollipop Shoes"). The room was pretty full, Joanne arrived almost on time (just 5 minutes late) and stayed
with us for about an hour, being interviewed by a journalist, and her words translated by a very good
interpreter. 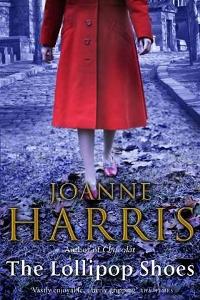 She started up saying that, after "The Lollipop Shoes", she had decided she wanted to give up on Vianne:
she was afraid she would get too attached to that series; also, due to the pressure recveived by her
publisher after the success of "Chocolat", she was determined to make Vianne disappear. But then she
changed her mind, thinking (and being curious) about the future of Vianne. But how to let her go back to
Lasquenet? She needed a strong and persuasive voice: that of Armande, the sprightly and unconventional
old lady that had died at the end of "Chocolat", whom Vianne was so attached to (the author got inspired
by her grandmother when creating this character). And this is how: making Luc, the grandson of Armande,
turn eighteen and make him get hold of the legacy of his grandmother, a legacy which includes a letter to
Vianne who, for this reason and after eight years, decides to return to Lasquenet.


One of the surprises of this book is the fact that the priest Reynaud becomes a good character. Joanne said he had never been bad, but just unable to express his good intentions properly, and now he had to change his views on outsiders. Now he is less powerful than he used to be in the past, a new priest has arrived and, on top of that, he is accused of a criminal offense and isolated, so when Vianne comes to town he decides to ask her (and who else?) for help. 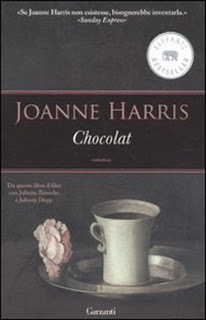 No more homeless or nomads arriving from the river, but the Muslims. They are part of a well structured
community and everything seems to be going well, until a woman - the only one with whom Vianne
can’t have a relationship - comes along. Here Joanne explains that, what she really wanted, was to write a
book on the subject of "the veil" and while she was writing she heard on the news that the veil had been
banned in 3 countries. She then wondered why a woman living in a Western country would decide to wear
it. She heard so many stories from so many Muslim women and she got to the conclusion that every one
of them would wear the veil for a different reason. One of these stories actually became the story of Inès,
the Muslim woman of "The Peaches for Monsieur le Curé". Vianne sees herself in that woman, who gets
gossiped about because she is a single mother, argues with the priest and happens to live in the former chocolate store. Vianne is unable to get close to the Muslim woman because so far she has always gotten close to people through food, and with Ines it’s impossible, because she is following the Ramadan. 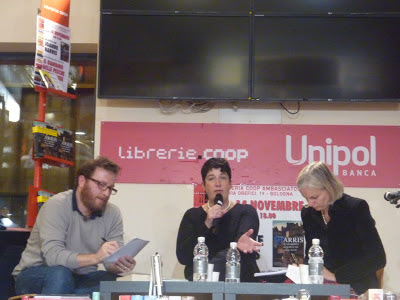 Another key character of this novel is Rosette, sort of a magical character, who lives between two worlds.
When creating it, the author was inspired by the autistic daughter of a couple of friends: the book never mentions Rosette’s disease , Joanne just wants to emphasize the fact that she is "different." The author has received many letters from parents of autistic children, who thanked her for putting an emphasis on such a big disease and letting her know they could see their children in her character. 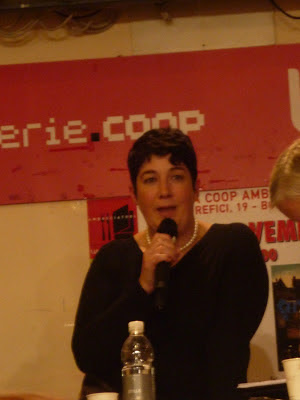 Roux is also another leading figure, who doesn’t talk much, who believes that secrets are not important, because the past is over and the future is yet to come. He hates those who talk too much, he doesn’t tell lies (he’d rather just shut up) and lets Vianne get back to Lasquenet because she still has things to sort out there. 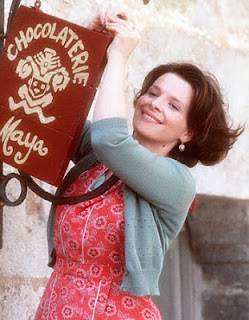 Both the journalist and a girl in the audience asked Joanne some questions about the movie based on "Chocolat", and here is her answer: "I ​had a vivid picture of the characters when I was writing, in my hypothetical casting (when I didn’t know yet that my book would become a movie). I had just casted Juliette Binoche to play Vianne, she is perfect, as well as all the other actors are spot on with the
characters. " 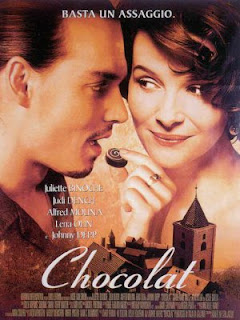 She didn’t mind the fact that the priest wasn’t part of the movie. She actually said Americans have a hard time portraiting a priest as bad. They had to turn him into a mayor, not to lose about 50% of the viewers (those that – Joanne said – voted Romney at the last elections :D).


Before the movie was released she had to read a lot of scripts; most of them were very distant from the book, but then, thankfully, it all came back to something close to her work, giving life to a “very enjoyable” movie (in her own words). 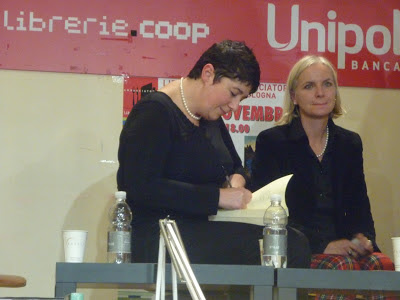 The meeting was very interesting; it lasted about one hour and Joanne was very nice and down to earth. At the end everyone lined up for autographs… except for me because, rushing to the presentation, I had left Joanne’s books at home! :( 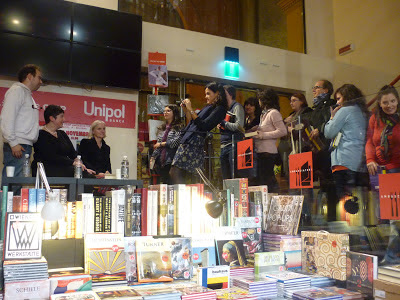